I’m Feeling Guilty for Yelling at My Child! 5 things you need to do now

Yelling is not the end of the story. You are not defined by the fact that you lost your cool. Next time you’re feeling guilty for yelling at your child, take a deep breath. Then, follow these steps to move in a positive direction. 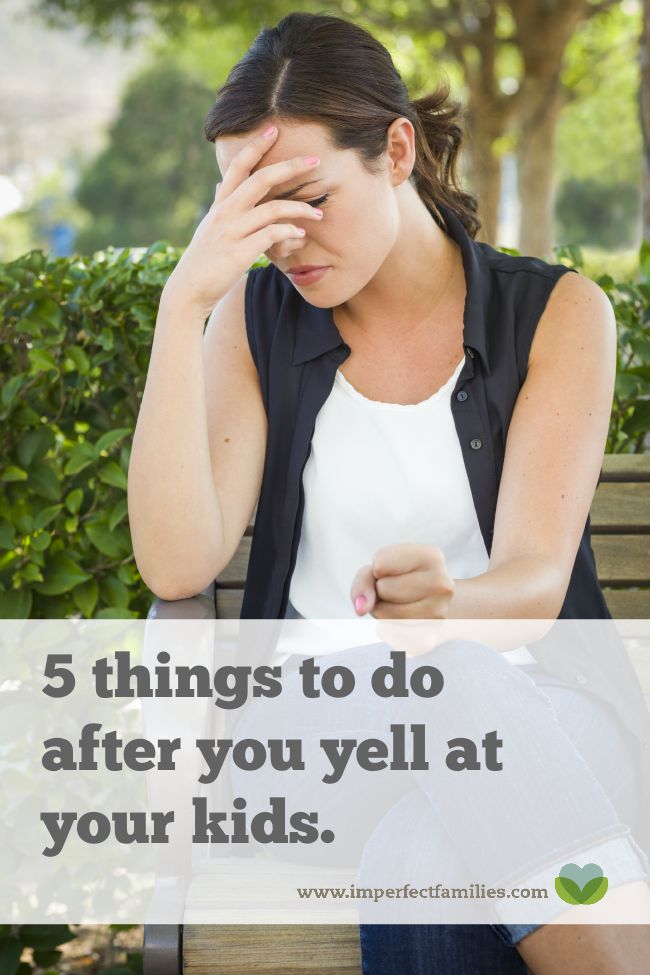 You just yelled at your kids. And I mean, yelled.

Despite your best efforts at calm, peaceful parenting, you lost your cool. Cabinets were slammed. Words were said. Unfair consequences were given.

It all happened so fast. And now, it’s over.

You feel horrible. Guilt is washing over you.

This is not how you want to parent.

Help! I’m feeling guilty for yelling at my child!

Here are 5 things to do after you yell at your kids.

1. Breathe: When you were angry, your body was in survival mode – your heart rate was up, your breathing was shallow, your muscles were tense and your thinking was not clear. Get your brain and your body back on track with a few deep breaths. Do not say or do anything else until you have taken at least 4 really good breaths.

2. Watch for the Re-Trigger: Your kids might not be ready to give up the fight. It’s easy to get worked up over the same issue again. Instead, remind yourself that you are only in charge of your own actions and that you’re modeling self-control (even if you blew it a few minutes ago). Find a mantra to keep you focused.

3. Take Responsibility (no BUTS!): It doesn’t matter who started it. Teach your children how to take responsibility without shifting the blame to someone else. You can do this out-loud by saying, “Wow, I’m so sorry, I really let my anger get out of control!” Keep the focus on you, don’t add: “…but you shouldn’t” or “…but you know better.”

4. Give Yourself a Do-Over: Give yourself the chance to handle the situation differently by offering a “do-over.” Say, “Ok, I’m going to try that again without the yelling” or “I was so angry earlier that I don’t think I heard what you were trying to say.” If you start to feel angry again, let it go. Take a break and try again later.

5. Repair the Relationship: If hurtful words were said, harsh punishments were given or physical aggression occurred, your children may feel disconnected from you. Set the situation aside temporarily, wait on giving consequences and focus instead on repairing the relationship with your kids. Click Here for some tips.

Here are 2 more things to consider after you yell at your kids:

6. Find the Trigger: Instead of pushing this aside and forgetting it ever happened, give yourself time to think about the situation once you’re calm. What pushed your buttons? Was it a word or phrase your child used? Did you feel out-of-control? See if you can find a pattern or certain things that “trigger” you to respond with anger.

7. Is this a Pattern? Do you find yourself getting angry often? Do you struggle with swinging between a calm mom and an angry mom? If you feel like you are stuck in an unhealthy pattern of anger, it might be time to get some outside help.  Seek the support of a therapist or parent coach or open up to a trusted friend about your struggle. Do not go through this alone. Admitting that you struggle with anger doesn’t mean you are a bad parent, it means that you have enough guts to take a look at yourself and admit that things need to change.

It can actually be a reminder.

No, you’re not the perfect parent. None of us are.

You’re a work in progress. A parent who is learning from mistakes and moving forward in a positive direction.

And that is a sign of a good parent.

Just in case you lose your cool again...

Get your free printable reminder of these 5 steps from Nicole Schwarz, LMFT & Parent Coach, plus receive weekly encouraging parenting tips sent to your inbox!

Success! Now check your email to confirm your subscription. 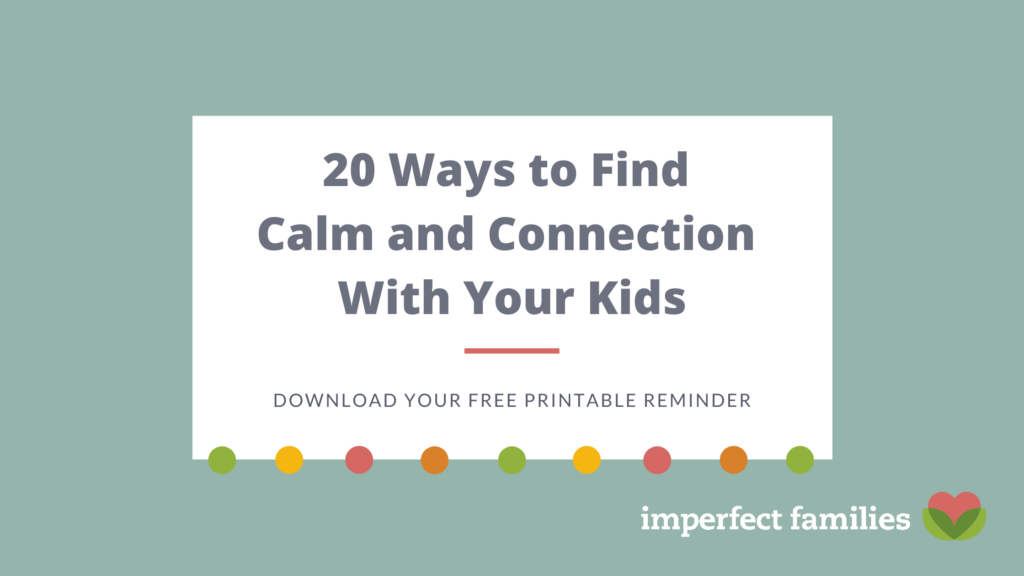